Receive all the benefits of this standardized concentrate of Red Wine's most beneficial molecule - one of the most powerful naturally occurring antioxidants - without having to consume a single drop of alcohol. 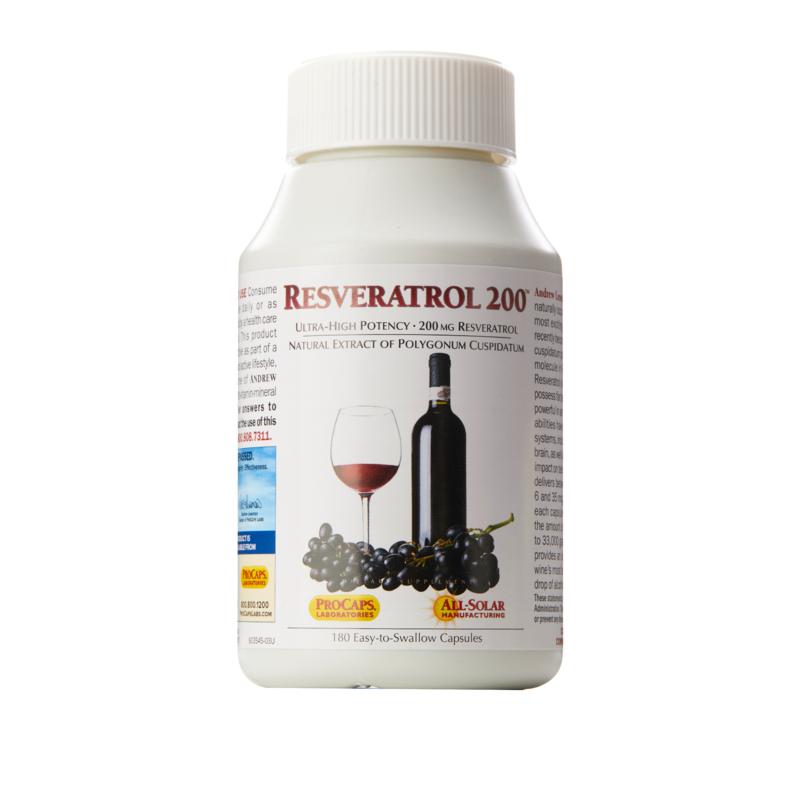 Notice a difference after using this Resveratrol-100 product.Will order again...

Resveratrol has been the subject of some of the most exciting anti-aging research and although we've offered it for over a decade, it has only recently become available at this exceptional potency in a purified natural form from the Polygonum cuspidatum plant, more commonly known as Japanese Knotwood. It is viewed as the key beneficial molecule in Red Wine and is considered a principal part of the healthy Mediterranean diet.

Resveratrol is also believed to be responsible for the so-called French Paradox - where the French possess far better heart health than would be expected from their diet and lifestyle. Many times more powerful in anti-oxidant activity than Vitamin E, Resveratrol's well-researched free radical quenching abilities have been shown to support the health of a broad range of body tissues, organs and systems, including the cardiovascular and nervous systems - particularly the delicate tissues of the brain, as well as the breast and the prostate gland.