Contains highly concentrated levels of one of the most powerful naturally occurring antioxidants from Green Tea, EGCG. 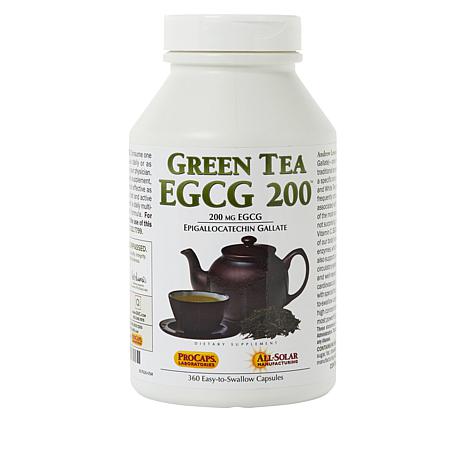 I have lots of GI trouble and this product really seems to help my symptoms. Very pleased and will be re-ordering in the future.

For centuries, green and white tea have been considered a vital component of the healthy Asian diet because they are the most frequently consumed beverages in Asia. Their wide range of health benefits have been scientifically associated with their levels of the powerful antioxidant EGCG.

EGCG continues to be the subject of some of the most exciting anti-aging research relating to the heart, brain and other vital organs. These findings are not surprising, since EGCG has been shown to possess higher antioxidant capacity than both Vitamin E and Vitamin C. EGCG is more than a very powerful antioxidant. It also supports and enhances the activity of our body's own internal antioxidants, including glutathione peroxidase, catalase and quinine reductase enzymes, which are vital to our health, particularly the cleansing and detoxification functions of our liver. EGCG also supports a healthy immune system, while performing its well known work protecting our brain, heart and circulatory system from oxidative damage. It would be hard to find a more concentrated, traditionally consumed and well-researched natural ingredient than EGCG to support our body's most vital systems. Each capsule of Green Tea EGCG-200 delivers 200 mg, a high concentration, of this powerfully protective molecule.