We use JavaScript to create the most functional website possible for our customers. JavaScript enables you to fully navigate and make a purchase on our site. If disabled the content or the functionality of the website can be limited or unavailable. Please enable JavaScript in your browser for the best possible experience. Thank you!
124-1653 Microsoft 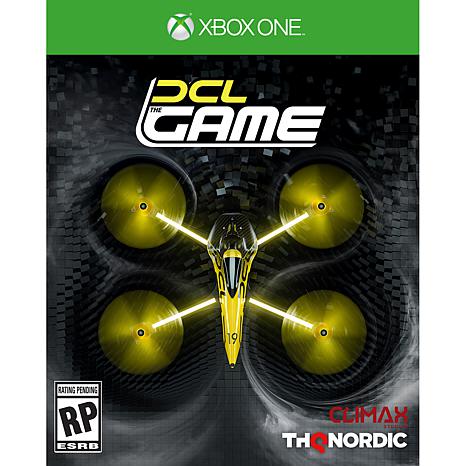 DCL - Drone Championship League - Xbox One
An innovative, competitive, high-speed team sport merges the digital and sporting worlds with a twist. Reaching out to a young audience (in mind or body), experience flying up close with a unique drone show and see how the lines between virtual and reality are blurred. Fly on the world's most spectacular drone racing tracks. DCL - The Game is the official video game of Drone Champions League, the leading series for professional drone racing teams. Contenders in the highest mode can prove their flying skills to qualify for the DCL Draft Selection and compete in the real-life racing series. Learn to fly a drone in-game before transferring your skills to the real world.