We use JavaScript to create the most functional website possible for our customers. JavaScript enables you to fully navigate and make a purchase on our site. If disabled the content or the functionality of the website can be limited or unavailable. Please enable JavaScript in your browser for the best possible experience. Thank you!
661-663 Coin Collector 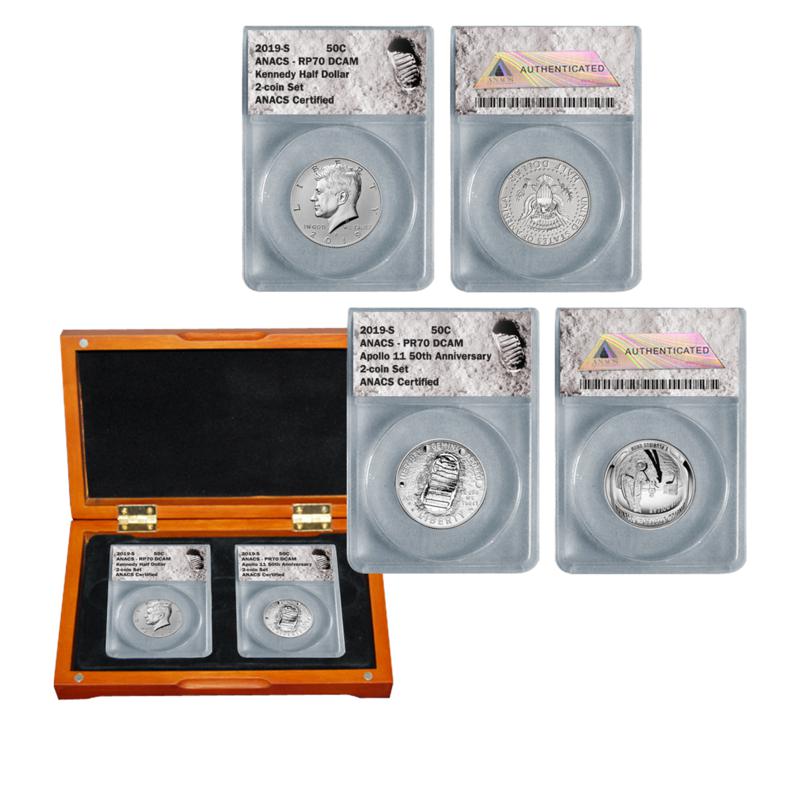 2019-S Apollo 11 50th Anniversary and John F. Kennedy Half Dollar Set
John F. Kennedy ... Remember the man; remember the legacy. Remember his commitment to putting a man on the moon. What better way to commemorate the 50th Anniversary of the Apollo space walk than to pair this special dome-shaped coin with a gorgeous reverse proof JFK half dollar. This is a must-have set. In fact, it is "out of this world!"

Individually encapsulated and in a window box