We use JavaScript to create the most functional website possible for our customers. JavaScript enables you to fully navigate and make a purchase on our site. If disabled the content or the functionality of the website can be limited or unavailable. Please enable JavaScript in your browser for the best possible experience. Thank you!
131-1124 Microsoft 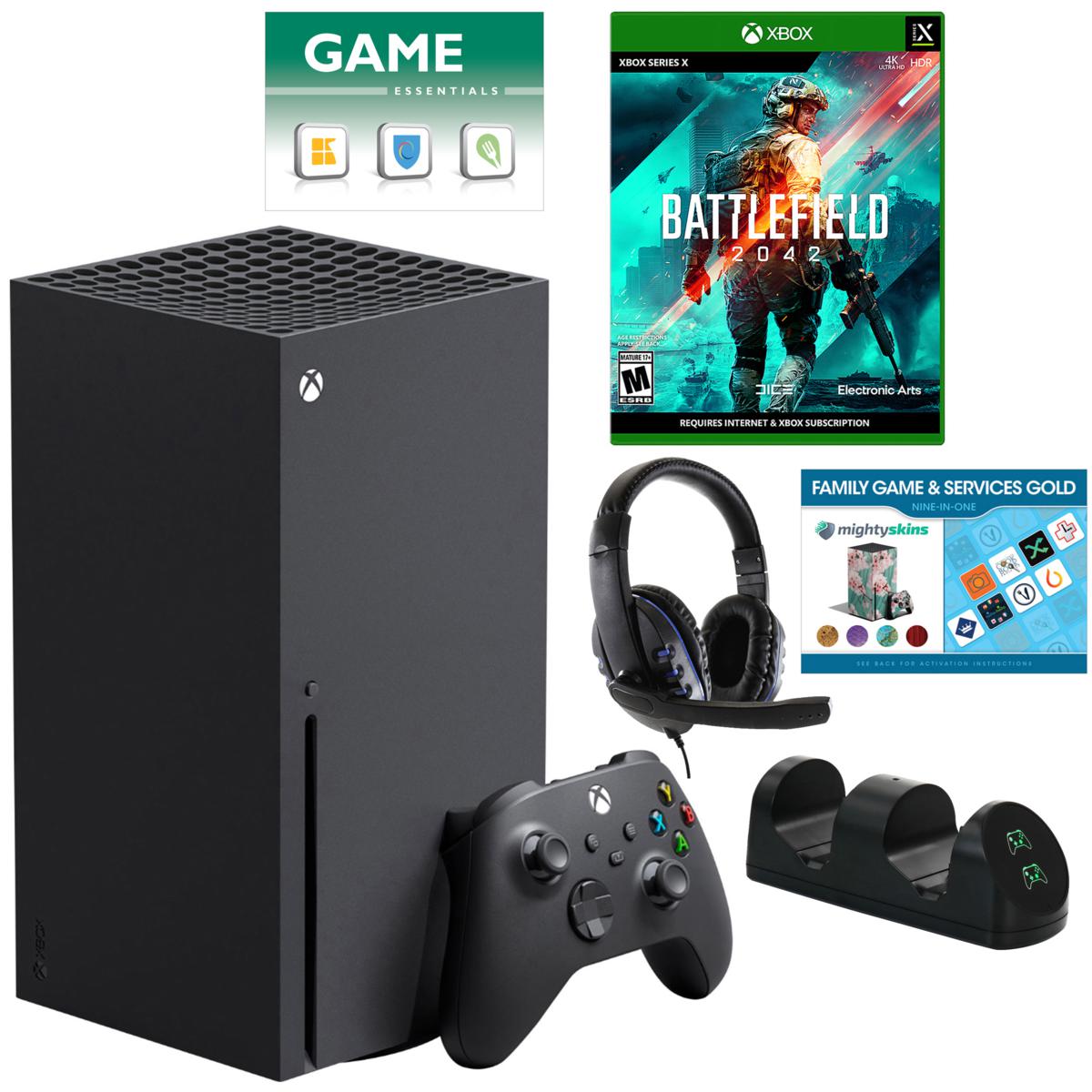 Xbox Series X Console with Titanfall 2042, Accessories and 2 Vouchers
Play thousands of titles from four generations of consoles on Xbox Series X. At its heart is the Xbox Velocity Architecture, which pairs a custom SSD with integrated software for faster, streamlined gameplay with significantly reduced load times. Enjoy 4K gaming at up to 120 frames per second, advanced 3D spatial sound and more.

Thousands of games across four generations