We use JavaScript to create the most functional website possible for our customers. JavaScript enables you to fully navigate and make a purchase on our site. If disabled the content or the functionality of the website can be limited or unavailable. Please enable JavaScript in your browser for the best possible experience. Thank you!
You have great taste! This item has sold out.
118-7579 Microsoft 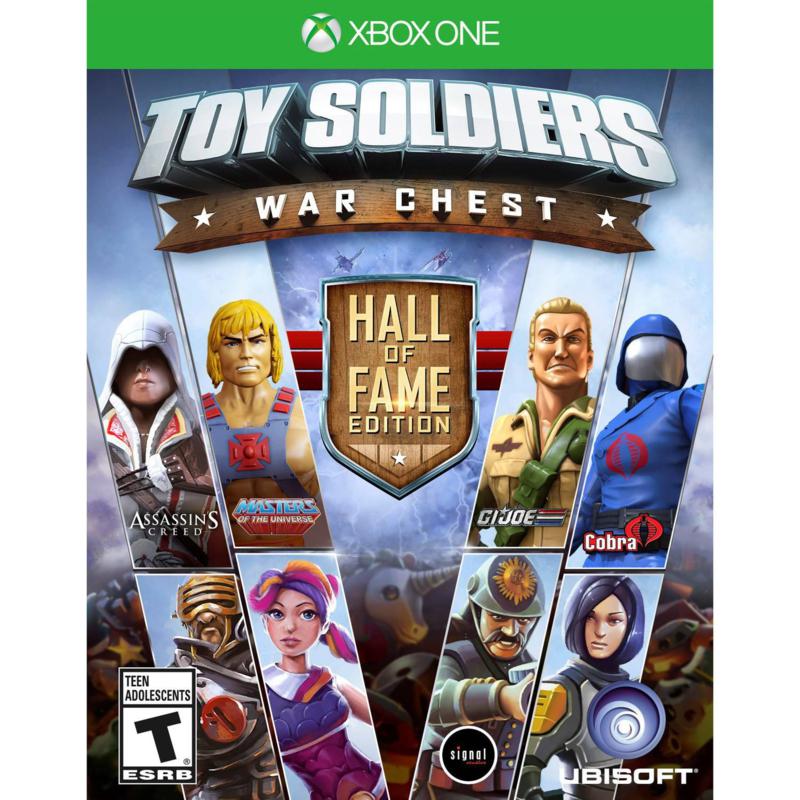 Rated T for Teen. Toy Soldiers - War Chest Hall of Fame Edition is a fast-paced genre-bending mix of strategy defense and action gameplay that brings to life the iconic toys and action figures from your childhood. Lead He-Man, G.I. Joe and other toy armies into legendary battles and protect your toy box from increasingly devious and powerful foes. Modify your loadout to fit your play style and earn upgrades while fighting in the main campaign, or grab a friend and take the fight online in multiplayer. 8 ICONIC AND UPGRADEABLE ARMIES - Command armies with unique personalities, strengths and gameplay styles. Customize with weapons and upgrades. PLAY AS THE MASTERS OF THE UNIVERSE - Play as He-Man. Control his Eternian Warrior army to protect the Eternia Toy box from forces of darkness. COMMAND G.I. JOE - Armed with a huge arsenal of weapons and fighting spirit, work together on the frontlines to stop evil. COBRA COMMANDER JOINS THE BATTLE - Take on other armies with this iconic G.I. Joe enemy. BATTLE YOUR FRIENDS - Protect your toy box and unleash waves of lethal toys against your challengers. 13 and older. Action and Adventure. UBISOFT USA.
Shop all Microsoft