A unique source of Theanine, the distinct amino acid found in Green Tea that helps promote increased production of the neurotransmitters, dopamine and serotonin, which naturally deliver the soothing benefit of relaxation without the drowsiness. 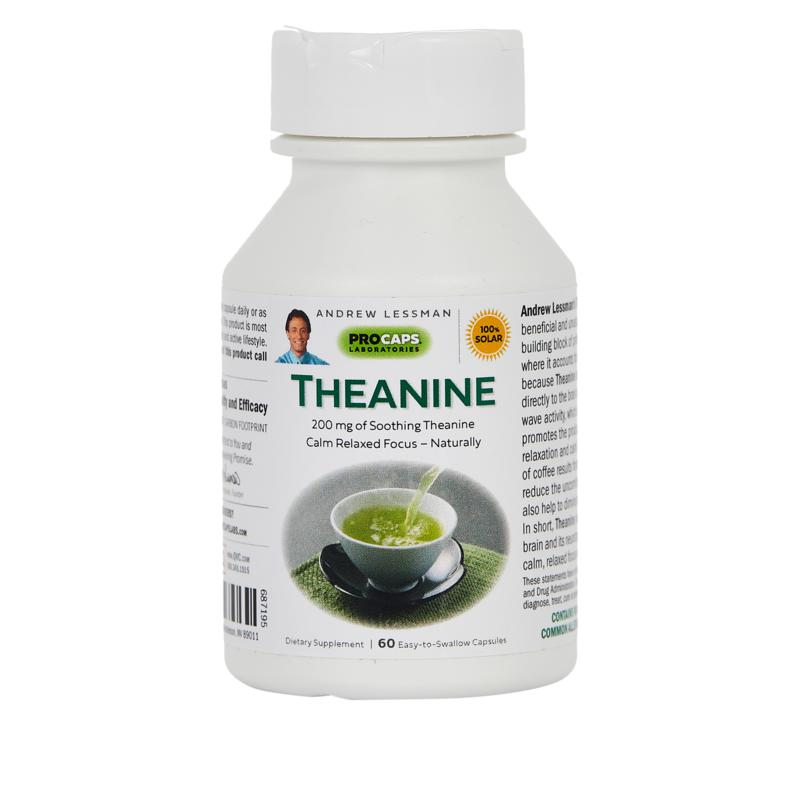 and I don't drink tea so am looking forward to using this when I travel to relieve the stress!

First of all, unlike other amino acids, Theanine is not a building block of protein, but is almost exclusively found in the tea plant (Camellia sinensis) where it accounts for both its distinctive flavor, as well as its unique calming properties. Plus, because Theanine can cross the blood brain barrier, it can deliver its beneficial properties directly to the brain and nervous system.

Theanine has been shown to enhance alpha brain-wave activity, which is associated with a relaxed, but still focused and alert state. Theanine promotes the production of the neurotransmitters dopamine and serotonin, which support relaxation and calm.

The observation that the caffeine in green tea is less intense than that of coffee results from green tea’s abundance of Theanine. In fact, Theanine is often used to reduce the uncomfortable effects of caffeine and to support a relaxed state. Theanine can also help to diminish perceived stress and tension while promoting calm attention and focus.

In short, Theanine naturally supports the brain and its neurotransmitters promoting calm, relaxed focus without drowsiness.