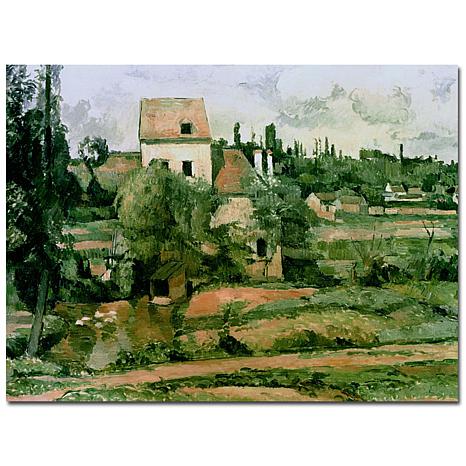 This gallery-wrapped giclee print titled "Moulin de lad Couleuvre, Pontoise" features a landscape scene by Post-Impressionist Paul Cezanne. Cezanne is often called the father of modern art. He laid the groundwork that painters such as Picasso and Matisse used as a springboard to create art movements that propelled artists into a drastically different world of 20th-century art.