We use JavaScript to create the most functional website possible for our customers. JavaScript enables you to fully navigate and make a purchase on our site. If disabled the content or the functionality of the website can be limited or unavailable. Please enable JavaScript in your browser for the best possible experience. Thank you!
120-4875 Football Fan Shop 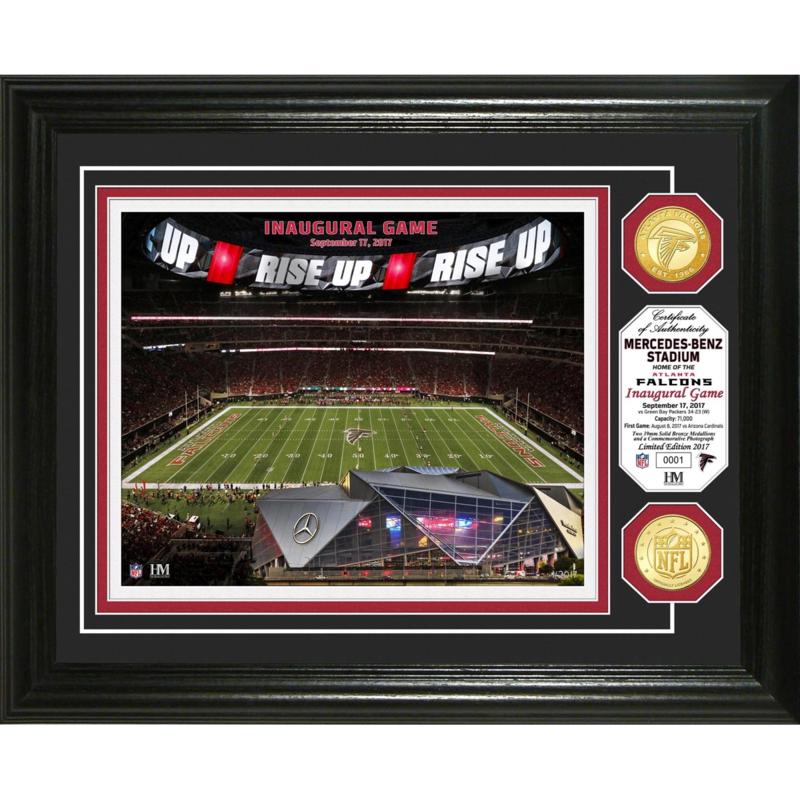 Limited edition of 2017. Commemorating the Falcons 1st regular season game in their new stadium! Featured in a 13”x 16” frame with triple matting is an 8”x 10” commemorative photo from the inaugural game. The photo is individually hand numbered and matted with a minted bronze 39mm Atlanta Falcons commemorative team coin and a 39mm minted bronze NFL commemorative coin. An individually numbered certificate of authenticity is matted between the minted coins. The Photo Mint is officially licensed by the NFL and proudly made in the USA by The Highland Mint.
Shop all Football Fan Shop