We use JavaScript to create the most functional website possible for our customers. JavaScript enables you to fully navigate and make a purchase on our site. If disabled the content or the functionality of the website can be limited or unavailable. Please enable JavaScript in your browser for the best possible experience. Thank you!
131-5941 Highland Mint 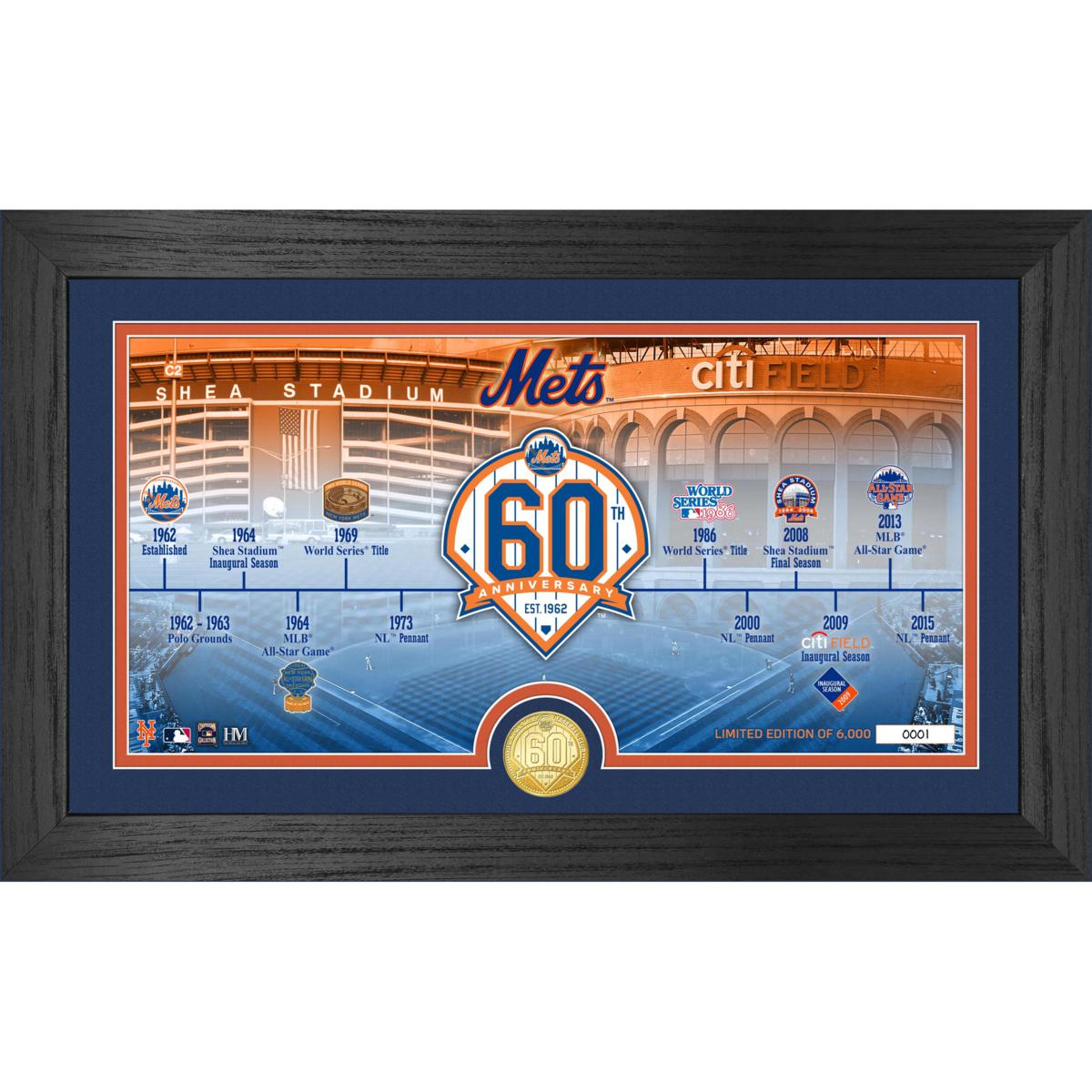 Officially Licensed MLB 60th Anniversary Timeline Pano Bronze Coin Photo Mint - New York Mets
This limited edition collectible frame commemorates the 60th anniversary the New York Mets. This 12" x 20" frame features matted under plexiglass a timeline listing the Mets outstanding achievements, since their inaugural season in 1962, through the present with the official New York Mets 60th Anniversary logo superimposed in the center. Matted below, the photo is a 39mm diameter coin die struck with the official logo surrounded by commemoration. A limited edition of only 6000, each Photo Mint is individually hand numbered and accompanied by a certificate of authenticity making this a true collectible. Officially licensed by the MLB and proudly made by The Highland Mint.
Shop all Highland Mint