We use JavaScript to create the most functional website possible for our customers. JavaScript enables you to fully navigate and make a purchase on our site. If disabled the content or the functionality of the website can be limited or unavailable. Please enable JavaScript in your browser for the best possible experience. Thank you!
121-5316 INK+IVY 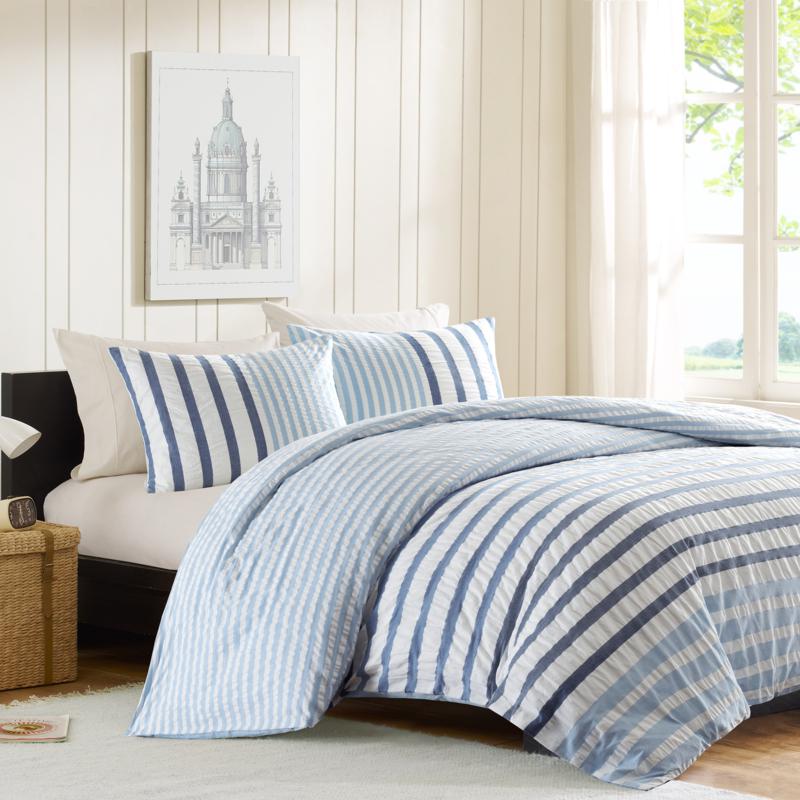 The Sutton Duvet Cover Set shows off subtle stripes in dark, medium and light blue amidst a white seersucker background. The different stripe widths along with the color variations add dimension to this clean look. Made from yard dyed, 100% cotton, this set includes a duvet cover and two shams. A duvet cover is a protective cover for your comforter, most likely for your down comforter. Sometimes it’s referred to as a comforter cover. Duvet covers are not filled. It has an opening where you can insert your comforter. Filler not included.