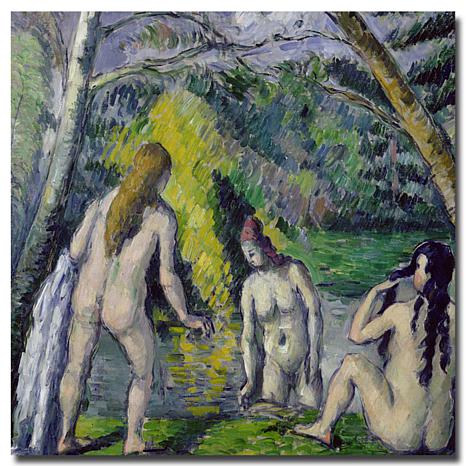 Giclee Print - The Three Bathers, 1879
This gallery-wrapped giclee print features a figurative scene by Post-Impressionist Paul Cezanne. His "The Three Bathers," among many of his other works, exhibits strong design, color, tone and composition skills.  Cezanne is often called the Father of Modern Art. He laid the groundwork that painters such as Picasso and Matisse used as a springboard to create art movements--movements such as Cubism--that propelled artists into a drastically different world of 20th century art.