We use JavaScript to create the most functional website possible for our customers. JavaScript enables you to fully navigate and make a purchase on our site. If disabled the content or the functionality of the website can be limited or unavailable. Please enable JavaScript in your browser for the best possible experience. Thank you!
109-9828 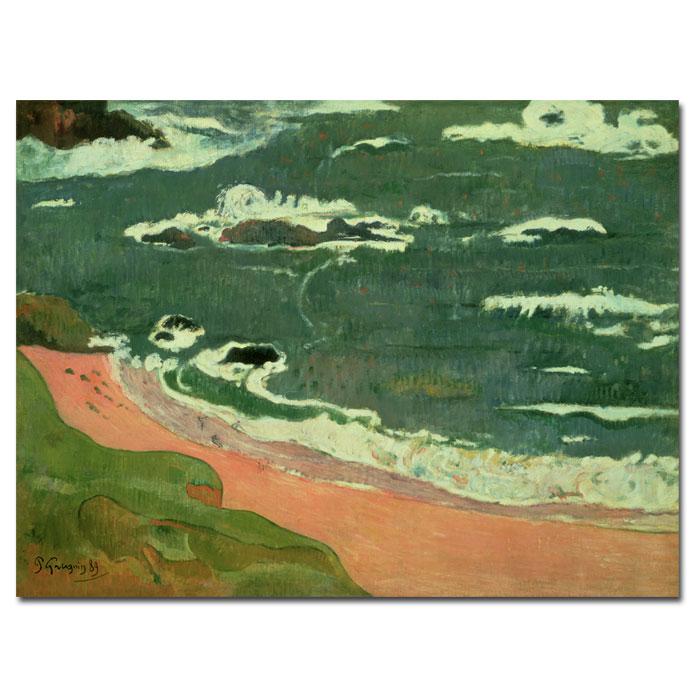 Giclee Print - Beach at Le Pouldu 1889
This gallery-wrapped landscape print on canvas is a reproduction of Paul Gauguin's "Beach at Le Pouldu" (1889). At this point in his career, Gauguin was making the switch from Impressionism to later Post-Impressionist movements, such as Symbolism. This is evident with his use of blocked-out shapes and muted colors. Gauguin's fluid brushstrokes and soft colors make this piece soothing and relaxing. One of the leading artists of the Post-Impressionism movement, he specialized in country scenes and later in landscapes of Tahiti, where he spent the majority of his career. He was an important figure in the Symbolist style of art. His work functions as a bridge to such movements as Primitivism, Symbolism, Synthetism and the return to pastoral subjects.