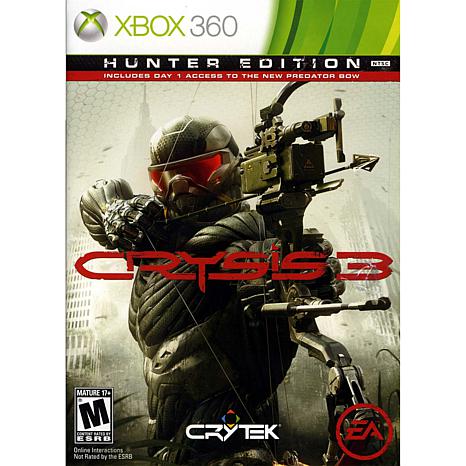 Crysis 3
Crysis 3 is a First Person Shooter FPS set within a frightening future New York City. The game is a sequel to the 2011 release, Crysis 2, continuing an unfolding adventure revolving around the symbiotic relationship between the wearer of the games iconic nanosuit, the current protagonist, and the memories of an earlier protagonist stored within the suit. Game features include sandbox shooter gameplay that allows players to choose their path, an upgradable nanosuit, expanded multiplayer options, an explosive arsenal of weapons, and improved graphics provided by the CryENGINE game engine.