We use JavaScript to create the most functional website possible for our customers. JavaScript enables you to fully navigate and make a purchase on our site. If disabled the content or the functionality of the website can be limited or unavailable. Please enable JavaScript in your browser for the best possible experience. Thank you!
124-4151 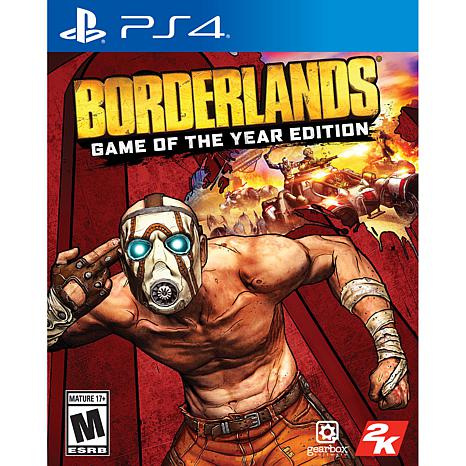 Borderlands: Game of the Year Edition - PS4
Discover the co-op shooter-looter that started it all, crammed with content and enhancements! Equip bazillions of guns as one of 4 trigger-happy mercenaries, each with unique RPG skills. Take on the lawless desolate planet Pandora in pursuit of powerful alien technology. With new weapons, visual upgrades, all 4 add-on packs and more, play solo or in 4-player split screen co-op!