We use JavaScript to create the most functional website possible for our customers. JavaScript enables you to fully navigate and make a purchase on our site. If disabled the content or the functionality of the website can be limited or unavailable. Please enable JavaScript in your browser for the best possible experience. Thank you!
793-133 BeautyBio 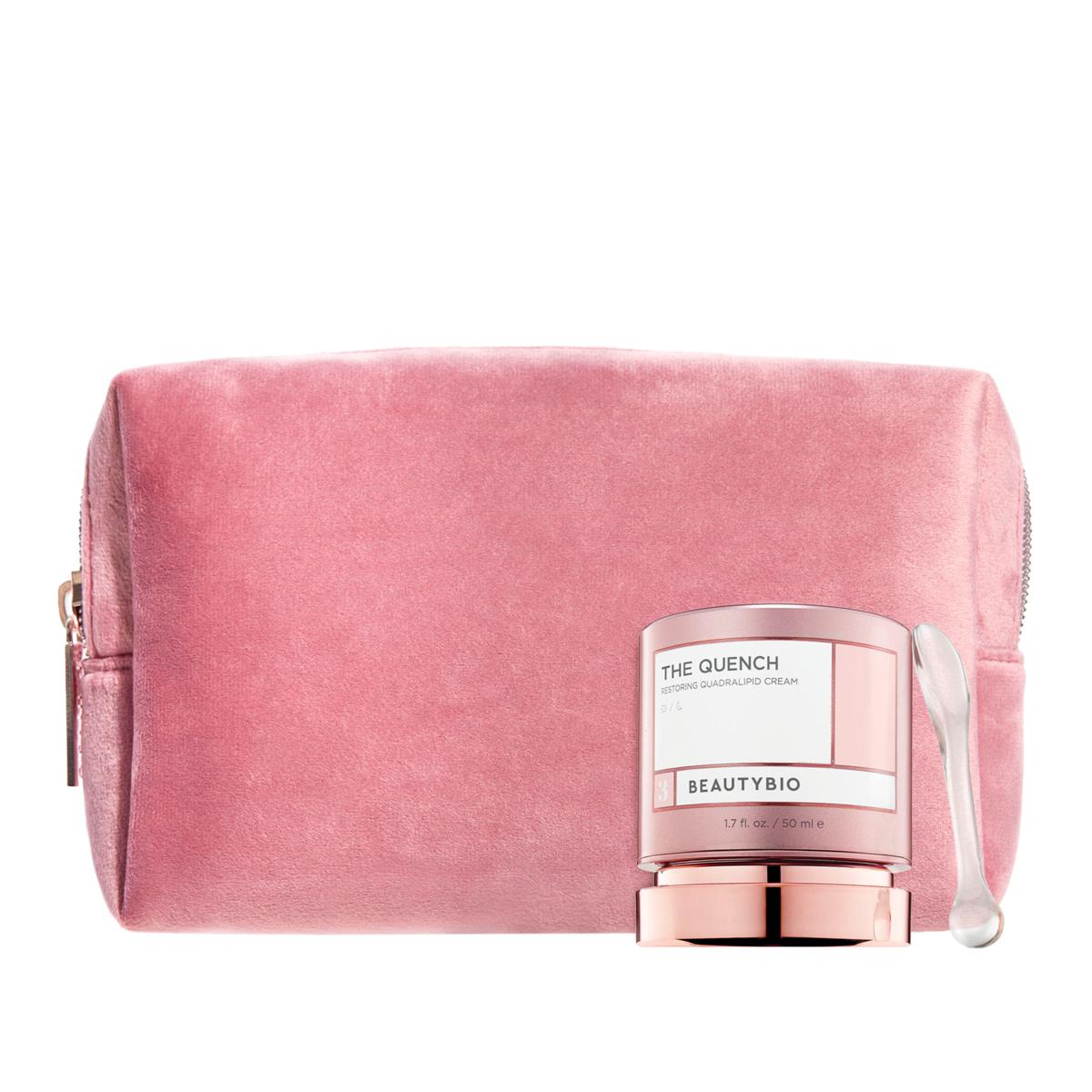 What It Is
A moisture-nourishing, emollient cream that helps deliver rich hydration and helps lock in moisture, plus a luxe cosmetic bag for holding all your essentials.

In a consumer perception survey of 30 participants who used The Quench twice daily for 4 weeks:
After 15 minutes:
88% agreed instantly felt their skin appeared more hydrated.
After 4 weeks:
100% agreed their skin was softer.
91% agreed The Quench helped lock in moisture.
88% agreed they saw an improvement in the appearance of skin's texture.

About This Auto-Ship Offer
Why you'll love Auto-Ship:
Set your own schedule.
Get automatic refills on your favorite products. Auto-Ship lets you set up regular deliveries every 30, 60, 90 or 120 days—or you can create a customized a schedule that works for you. (Some items have preset delivery dates that can't be adjusted.)
Update anytime.
After your first order has been placed, you can cancel or make changes anytime. Just call 1-800-284-3900 from 8am-1am ET or sign in at HSN.com and use the Auto-Ship Manager.
Lock in your price.
Even better? Auto-Ship locks in your price—even if it’s a Today's Special. So you’ll never pay more. And you'll never run out of the things you love.
It’s the smartest way to get more of a good thing.

After spending years helping to develop cutting-edge beauty technology and products for prominent cosmetics companies, Jamie O'Banion and Dr. Terry James created new patented technology so exceptional they decided to launch it themselves. Beauty Bioscience is all fact and no fluff, delivering real results with carefully edited products that actually work, from the award-winning GloPRO® tool to cult-following topicals. BeautyBio babes around the world celebrate a new era of empowered confidence inside and out. The results truly speak for themselves!

Remind me about upcoming BeautyBio shows.