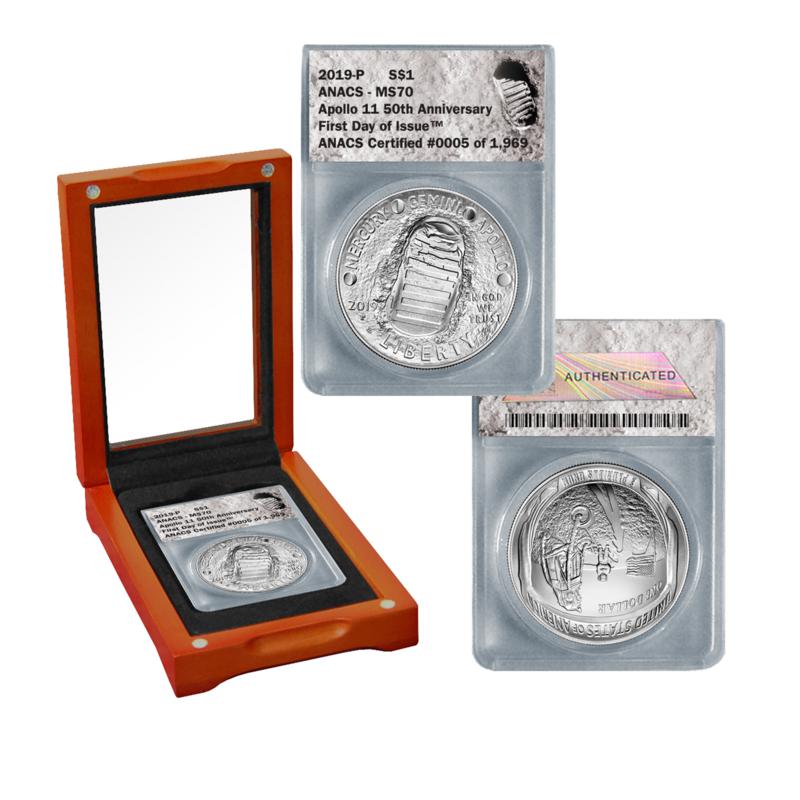 $189.95
S&H: $12.22
This item is in your Favorites. You will receive an alert when your item comes back in stock.
ADD TO FAVORITES
We will alert you as soon as your item is back in stock.
Related Searches Commemorative Coins Coins shop All Coins & Collectibles

2019-P MS70 FDOI LE 1969 Apollo 11 50th Anniversary Silver Dollar Coin
Commemorate man's first walk on the moon — a feat that took place approximately 50 years ago. And, nearly half a century later, the United States is the only country ever to have attempted and succeeded in landing humans on a celestial body other than Earth and safely returning them home. Now, that's cause for celebration with a unique sterling silver, dome-shaped silver dollar coin!

Encapsulated and in a box

Page 1 of 2
See All Reviews