We use JavaScript to create the most functional website possible for our customers. JavaScript enables you to fully navigate and make a purchase on our site. If disabled the content or the functionality of the website can be limited or unavailable. Please enable JavaScript in your browser for the best possible experience. Thank you!
659-690 Coin Collector 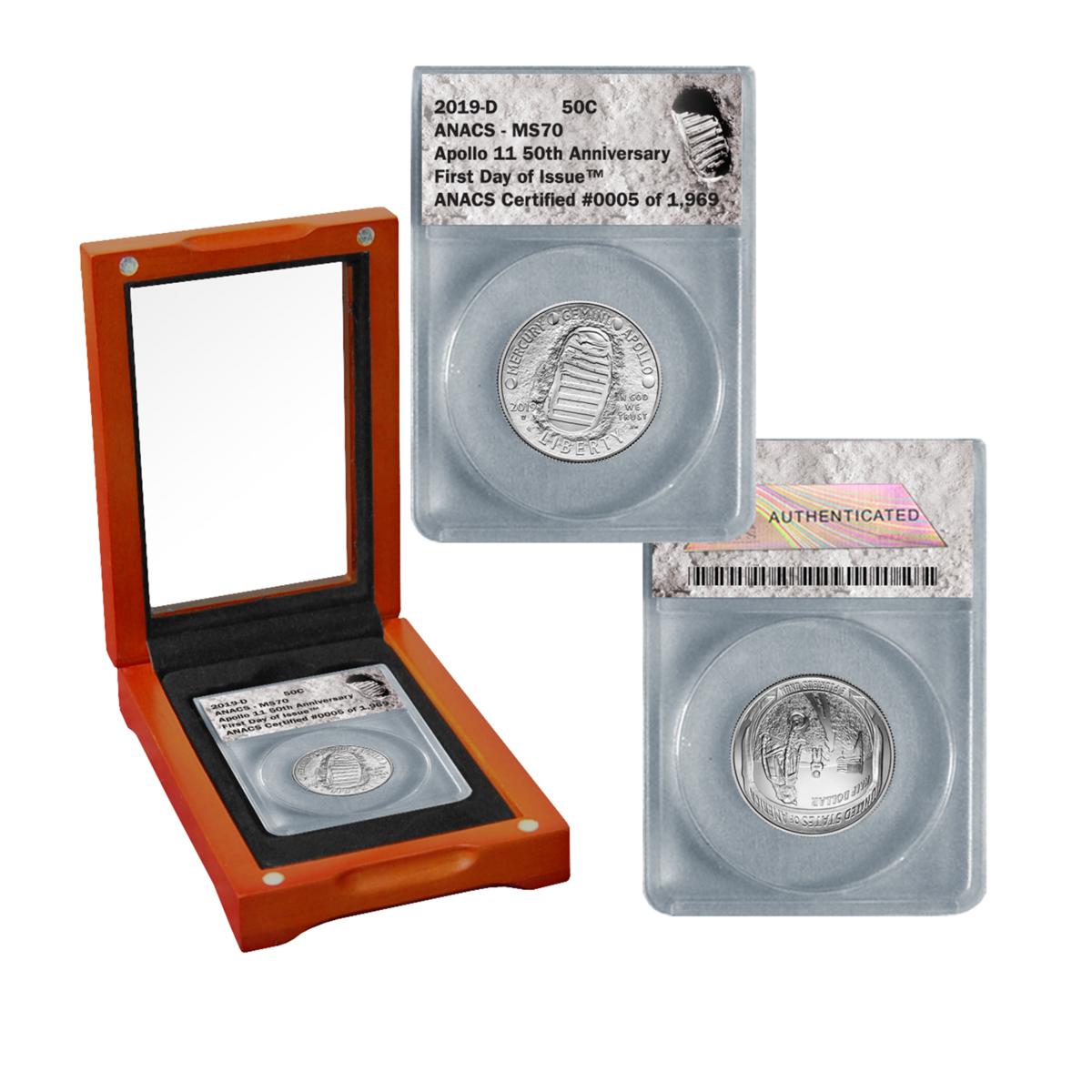 2019-D MS70 FDOI Apollo 11 50th Anniversary Clad Half Dollar
Commemorate man's first walk on the moon — a feat that took place approximately 50 years ago. And, nearly half a century later, the United States is the only country ever to have attempted and succeeded in landing humans on a celestial body other than Earth and safely returning them home. Now, that's cause for celebration with a unique dome-shaped half dollar coin!

Encapsulated and in a window box